I just got a pretty little letter marked with a delivery certificate and everything. A set to kill himself by the time the year's up looked pleased as punched to give it to me, and handed it over I can't stand that kind of behaviour... Civil servants who don't know how to show respect make me want to kill 'em with a home run. I'd take on the classic Mickey Mantle form, and as the sensation of contact travels through my bat and sends chills through my arms. They'd only realize their mistake in the exact moment they die, a kind of

That worthless didn't even see my bat coming, not until the exact moment of I just went for it. His pupils trembled in fear as they desperately tried to say anything at all, but it was all the same whether he died here or committed suicide later. Like a knocked out boxer, his body lies contorted on the ground before me, his eyes gazing at my feet. There's a good glare in them. I can feel his rage. It's proof he had anything at all to live for. That's the of this

This dude was weak as shit. All it did was give me another to add to my collection.

The letter delivered by the was smooth to the touch, like the of a . A pretty little thing like this can only be bearing good news. Maybe a ? An invitation to the upper echelons? No, wait, it's definitely a from that I made eyes at in the hotel lobby the other day. The best are always the old-fashioned kinds.

My delusions were off the mark.

has forsaken me, I tell you what. A true had solemnly . The bold yet systematic handwriting, and the unsettling calm tone reveal its author's neurosis--you could tell it was written by a guy that's gone a little . I'm fucked... I've definitely crossed the line this time.

There are three kinds of people in life that you should avoid at all costs.

In sum: an . All three kinds of are the types to be possessed by the grim reaper, and they've come to know a few people down in Hell. Wait, not possession, but more like being on good terms with the reaper? Man, who cares... in any case, I've fallen under the fancy of an who doesn't blink. His name: Curtis Blackburn. Fuck.

~It's a good season for dying.
I will bring death upon you in seven days.
Make sure to dress the part, and you will be met with kindness in turn.
A bottle of Bollinger is your friend. It'll make it hurt less.
I want a real vintage.

Everyone in Seattle who come out to play in know exactly who this guy is. There's a chance I'm gonna be whacked. I've got seven days to wrap up the clearance sale of my own damn life. Looks like I'm gonna be busy.

It's one thing to say I should look at the situation calmly and rationally. It doesn't matter where I go--in seven days, that is gonna come for my ass, anytime, anywhere. I mean, he's confident enough to tell it to me in writing.

I'm good at reading between the lines, but maybe in this case it's more of a negative. Any other schmuck would down a bottle of tequila, pick some random spot on the globe, stab a in it, fly first class there with only one suitcase (of course, bought with funds from one last hurrah of breaking and entering some rich guy's estate), make cozy with the flight attendant over three layovers, end up in some country unknown to anybody else on this earth, have a chance encounter with some , her, and be in return, and before you know it three months have been spent in bed , losing track of . And then, 20 years go by--you've made a name for yourself in the of , and it's smooth sailing ahead.

Now wait just one damn minute! Life is all about "ifs." Like, what if the you land on the globe isn't some undiscovered piece of land but some first world country like the rest of 'em?! Well, don't you worry. Piercing one hole through a map inherently creates another on the other side. Just . If you start in a city and go around to the other side of the world, you're bound to find unexplored territory. This planet isn't as small as humans seem to think. Let's go somewhere faraway like Greenland.

OK! Now that's what I call a plan! I'm sure you're sick of hearing my soliloquies too, so let's book a flight and ! Sometimes it pays to be stupid. Thanks, , for birthing a dumbass like me!

My name is Shigeki Birkin. like a dream to me. It started when that guy waltzed into my room. He was packing heat. My instincts were going wild just looking at him. I've never seen a face as scary as this in my life. A pitch black suit and a gigantic revolver. His bloodlust is leaking out through his eyes. This guy's got a smile on his face, but it sure as hell ain't feel like it. 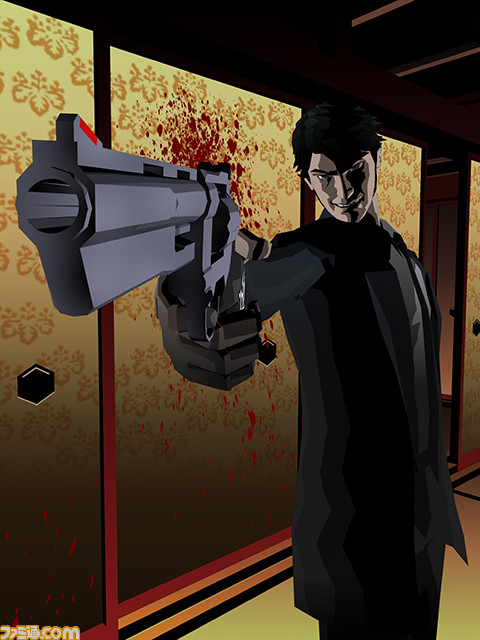 DAN:
I'll take you wherever you want.
Even to .

A gunshot pierces the air, and dark.